5 March 2014 - The Evenlode Income fund was added to the Chelsea Selection in September 2012 and has a Chelsea Risk Rating of 5. Here, the manager, Hugh Yarrow, shares with us the principles behind dividend growth investing and how he uses the strategy in his fund. 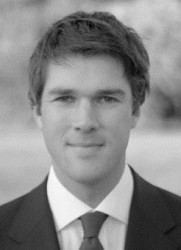 What is “dividend growth” investing?

There are some simple ideas in investment that are not always appreciated, or which are often easily forgotten. “Dividend growth” investing shouldn’t be one of them.

The chart below had a powerful impact on the way I think about investment and, in particular, the concept of dividend growth investing.

It shows the cost of living since the Second World War in the UK, compared with both the level of dividend and capital growth from UK shares over the same period (source: Barclays Equity Gilt Study 2013, Evenlode).

It’s a great reminder that as time goes by, day to day stock market gyrations matter less and less and fundamentals matter more and more. As Benjamin Graham put it, “the market is a voting machine in the short term but a weighing machine in the long term”. Capital growth is like a tuning fork that fluctuates around the more steady progress of fundamental dividend growth (with, in the above chart, some particularly big fluctuations during the austerity of the 1950s, the great inflation of the 1970s, and the technology boom of the late 1990s). But as time goes on this ‘noise’ reduces and it is dividends and dividend growth that become the main drivers of return.

How does this translate into the kind of returns achieved?

At the start of the graph, in 1945, the UK market yielded 3.8% and finished the period on an only slightly changed dividend yield of 3.6% (the data here is up to the end of 2012). The dividend growth at +7% per annum therefore almost entirely accounts for the capital growth over the period. Adding the initial dividend yield of 3.8% to this +7% growth rate is approximately equal to the annualised total return over this period, which is +11% per annum.

Does the same idea apply at a stock level?

Yes, the same can be said for individual stocks. For most shares, if you lay the long-term dividend record alongside the stock’s performance chart, there’s likely to be an increasingly high correlation as time goes on. And it’s not surprising. Dividends are the last and most important bit of the equation for shareholders, paid from any spare cash left after all other outlays have been made, including any capital expenditures needed to drive future growth in the business. They are also the only tangible thing that finds its way back to your bank account in return for your original investment.

How do you find companies that can grow their dividend in the long term?

In the spirit of these considerations, our aim is to put together a portfolio of highly cash-generative shares that provide both a decent dividend yield today and prospects for higher than average, inflation-beating dividend growth. If dividends can rise like this then share prices should follow, even if a bit of patience may be required along the way.

A snapshot of the Evenlode Income Fund’s current top ten positions gives a flavour of the ability of the fund’s holdings to crank out long-term dividend growth. Average ten year dividend growth has been +11% per annum for these stocks (compared with a dividend growth rate of +5% over the same period for the overall UK market) and although the rate of growth has slowed (not surprisingly) since the global financial crisis, it remains at a still respectable +8% per annum over the last three years.

What unites all these holdings is their asset-light business models. They possess few physical assets relative to their profitability, but instead are rich in intangible assets - normally a complex web of intangible assets that have built up over many years including brands, embedded knowledge bases, research and development expertise and distribution networks. As a result, these businesses don’t need to buy much more ‘stuff’ each year to drive future growth. This is a crucial characteristic for us. It means there is plenty of spare cash left over for shareholders each year.

Can you provide an example of a stock with such a business model?

Reckitt Benckiser is a very good example, with its portfolio of brands from Dettol to Nurofen to Durex. Brands such as these represent the ultimate intangible asset. Used as a short-hand for making quick, safe decisions, customers buy these products based on perceived value rather than production cost. This pricing power leads to very high profitability relative to the amount of ‘stuff’ (factories, machines etc.) needed to produce and distribute Reckitt’s products. As a result, Reckitt is currently only spending about 11% of its cash flow on buying assets to maintain and grow its business organically (i.e. capital expenditure). All the rest of the remaining cash flow is ‘spare’ - left over for shareholders to do with what they want. Reckitt’s +12% dividend growth per annum over the last 15 years is testament to the power of this economic model long term.

Do you have any favoured sectors?

Yes, other asset-light industries that we tend to gravitate towards include the technology, media and healthcare sectors. Sage, for instance, is currently spending only 7% of its cash-flow on buying assets to maintain and grow the business, Reed Elsevier 24% and Glaxosmithkline also 24%. Like Reckitt, these companies just don’t need to spend much of their profits on ‘stuff’ to generate growth.

Are there any sectors in which you prefer not to invest?

While aiming to bias the Evenlode portfolio towards companies that consistently produce excess cash flow, we also aim to avoid companies that consistently consume cash flow. Examples of these asset-heavy companies include airlines, oil and mining producers, house builders, plant hire companies and utilities. They might make as much profit as an asset-light company, but if they are aiming to grow in the future, they’ll need to take a large chunk of that profit and reinvest it straight back into the business (BP and National Grid, for instance, are currently spending 116% and 90% of their respective cash flows on capital expenditure).

Past performance is not a reliable guide to future returns. You may not get back the amount originally invested, and tax rules can change over time. Hugh's views are his own and do not constitute financial advice.