This is the “earnings-related” part of the state pension. The amount received depends on your earnings, and the national insurance contributions that have been paid, during the whole of your working life.

The current annual allowance, set by the government is £40,000. This limit stipulates how much tax-free money you can invest in your pension, over the given year.

This is a type of retirement income which provides you with a regular payment, usually for life. Chelsea FundStore are not currently able to offer annuities.

The government recently introduced a new law which is designed to help people save more money for their retirement. It means that most employers have to enrol their workers into a workplace pension, if they are not already part of one.

The pension available through Chelsea is not an automatic enrolment scheme.

Some people also get additional State Pension. Whether you get it and how much you get depends on your National Insurance record and what you earn while you are working.

To work our your threshold income add:

To work out your threshold income add:

People who may benefit from a payment from a pension, upon death of the member.

If you have not used your full allowance in the past three years you could use the Carry Forward rule.

* In 2015/2016 the rules were slightly amended to align the pension contribution year to the tax year. During this year you were able to invest twice, allowing you to invest up to £80,000.

**Please be aware, the amount of tax relief you will receive depends on individual circumstances, and this may change over time. You must have been a member of a UK-registered pension scheme in each of the year from which you are carrying forward, even if you have not made contributions. You can only contribute as much as you earn, and receive tax relief.

The amount offered to a member of a defined benefits scheme who wants to transfer to another pension scheme.

This is usually when the pension benefits become payable, for example buying an annuity, death, taking drawdown and a test against the lifetime allowance is carried out.

These include “final salary” or “career average” earnings-related pension schemes. The amount you get at retirement is based on a number of variables. These could include how long you have been a member of the scheme, your earnings, etc. In most cases, when you retire, you can take some of your pension as a tax-free cash lump sum. The rest you will receive as a regular income, on which you may have to pay tax. If you are unsure, you may wish to seek financial advice.

14: Department of Work and Pensions (DWP)

People who depend financially on the member of a scheme and may receive benefits upon the member's death. This normally includes spouses, civil partners and children.

A notification by a scheme member to their pension scheme to show to whom they would like any lump sum or pension benefits to be paid upon death.

Flexi­-access drawdown is a new drawdown contract where withdrawals are unlimited, and has been available since 6th April 2015. If you were in "flexible drawdown" before this time, you will have been automatically converted to flexi­-access on 6th April 2015.

With flexi-­access drawdown there is no limit on the amount you can draw from your pension in any year. Whilst you will receive the first 25% of your pot tax free, you will be taxed income tax on the remainder. Following new rules put in place in April 2015 you can:

By taking income your annual allowance will reduce from £40,000 per year to £10,000 and you will be unable to use the carry forward option.

Before going into flexi-access drawdown we would strongly suggest seeking independent financial advice or guidance.

Please contact us if you are thinking about going into drawdown.

A type of personal pension scheme set up by an employer on behalf of its workers. Self invested personal pensions give workers more choice over how their pots are invested. Although the scheme is arranged by an employer, each pension contract is between the pension provider and the worker. The employer may also pay into the scheme, adding money to each worker's pension pot. Please be aware that the Self-Directed Cofunds Pension Account is not currently a qualifying scheme for automatic enrolment.

If a member of a scheme cannot work due to ill health, or a medical condition, they might be able to take the benefits set out in their pension early.

Some defined contribution pension schemes allow you to take an income directly from your pension fund rather than using it to buy a regular retirement income. Your pension fund stays invested, so its value can go up and down. The income is taxable.

As you get nearer to retirement, the money you invested into your pension pot is moved gradually to investments that are less risky, and are less likely to lose value in the short term.

As of 6th April 2016, the lifetime allowance was reduced to £1m, increasing with CPI each year. This effectively means you can invest £1,030,000 in your lifetime.

HMRC introduced the money purchase annual allowance (MPAA) to ensure that there are no potential recycling issues with individuals claiming tax relief on any new contributions made, having just taken their benefits.

As of April 2017, the money purchase annual allowance is £4,000 and is triggered once you take income from your pension.

This option is for members within a defined contribution scheme to take their pension pots to another provider to buy a retirement income.

Tax-free cash lump sum that a member can take when they take retirement benefits from their pension pot.

This gives an ex-spouse or ex-civil partner a share of a scheme member's pension rights on divorce. The share is paid when the member takes the benefits.

The Pension Tracing Service is a service operated by the government, which helps scheme members find previous pension schemes. You may have collected a number of pensions over your lifetime, and you may now wish to consolidate them.

This is the same as a workplace pension scheme, but for government-funded employment, for example teachers, police, nurses. Chelsea is not able to support these pensions.

A pension scheme that is suitable for auto-enrolment.

Please note that the Self-Directed Cofunds Pension Account is not a qualifying scheme.

A type of personal pension, which gives the members more choice over how their pots are invested.

The risk that an investment's actual return will be less than the expected return.

A regular payment from the government you can receive when you reach state pension age. The amount varies and is based on National Insurance contributions.

Tax relief is what the government contributes to your pension, following a contribution, and is based on 20%.

If you are a higher rate or additional rate tax payer, beware of the tapered annual allowance. 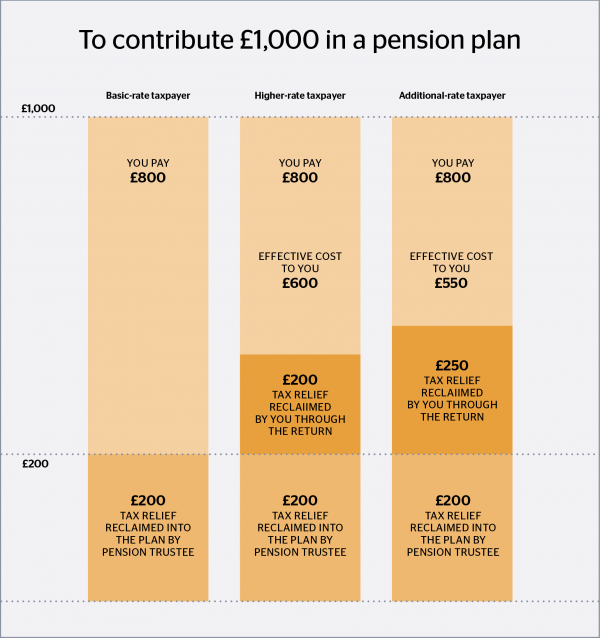